This past Sunday was Pentecost Sunday. For those from non-liturgical traditions, Pentecost Sunday is the day we acknowledge the coming of the Holy Spirit on the first disciples 50 days after Jesus resurrection. Luke records events in Acts 2 that occurred that day. Let’s call it the birthday of the Church, and it was one of the most awesome displays of God’s power recorded in the Bible. 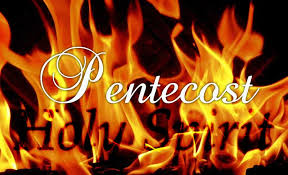 Unfortunately, in many circles today the Holy Spirit is either neglected, forgotten, or misunderstood. The Holy Spirit was given to unite the body of Christ, but the Spirit has become the center of controversy. Sometimes I wonder if we lack unity because we’ve quenched the power of the Holy Spirit in our churches, and in our personal lives. I wonder if we could actually have worship without a bulletin on Sunday morning. Dr. A. W. Tozer, author and pastor, said, “If the Holy Spirit was withdrawn from the church today, 95 percent of what we do would go on and no one would know the difference. If the Holy Spirit had been withdrawn from the New Testament church, 95 percent of what they did would stop, and everybody would know the difference.” He said that prior to 1963. I wonder what he would say in 2015?

The first Pentecost was a demonstration of God’s power that changed the world forever. God’s power brought transformation. That’s what God’s power does. Not only was this past Sunday Pentecost, but it was historically significant for those of us who call ourselves Methodists. We Methodists call May 24th, Aldersgate Sunday. It was May 24th, 1738 that Wesley recorded these events in his journal:

“In the evening I went very unwillingly to a society in Aldersgate Street, where one was reading Luther’s preface to the Epistle to the Romans. About a quarter before nine, while he was describing the change which God works in the heart through faith in Christ, I felt my heart strangely warmed. I felt I did trust in Christ, Christ alone, for salvation; and an assurance was given me that He had taken away my sins, even mine, and saved me from the law of sin and death…     After my return home, I was much buffeted with temptations, but I cried out, and they fled away. They returned again and again. I as often lifted up my eyes, and He “sent me help from his holy place.” And herein I found the difference between this and my former state chiefly consisted. I was striving, yea, fighting with all my might under the law, as well as under grace. But then I was sometimes, if not often, conquered; now, I was always conqueror.”

The recent Pew Research Center study on religion in America reveals some interesting findings about the faith of American Christians. As one who has served as a denominational official, and has studied the decline of our own denomination, the research only confirms what we already knew. I am blessed to serve a mainline church that is bucking the trend, but the truth is that mainline Protestantism has been in decline since the high-water mark of 1955. Someone said, “If 1955 ever comes again, the mainline church will be poised for explosive growth.”

While we may lament the decline of the Church in North America (and other places in western culture), the church is a long way from dying. The power of God revealed in the Holy Spirit on that first Pentecost is still active today, and it is just as transformative as it ever was. The Washington Post ran a recent article sharing some of the amazing and encouraging facts about the growth of Christianity around the world. Here are a few facts worth noting:

As United Methodist, I’m particularly encouraged by what’s taking place in Africa. Today, there are nearly 5 million African Methodists, with an average of 220,000 more being added each year. Within ten years there will be more African United Methodists than in the United States. The Philippines is also seeing an explosion of Methodism. There, nearly one million people are  being reached through the 24 Annual Conferences of the United Methodist Church.

There are other statistics I could point to that affirm the fact that Pentecost is still happening. People are being touched by the power of the Holy Spirit, and their lives are being changed. Though we lament the direction of the church in America (which says a whole lot more about us than it does the power of the Holy Spirit), it is a bit like Mark Twain said, “The report of my death was an exaggeration.” No, the church is not dead. It’s not even dying. It’s more alive today than ever before. If we would be the Church, and see the power of God revealed then we must, once again, open ourselves to the mind-blowing, life-changing, and as John Wesley wrote, the heart-warming Holy Spirit.