32 All the believers were one in heart and mind. No one claimed that any of their possessions was their own, but they shared everything they had. 33 With great power the apostles continued to testify to the resurrection of the Lord Jesus. And God’s grace was so powerfully at work in them all 34 that there were no needy persons among them. For from time to time those who owned land or houses sold them, brought the money from the sales 35 and put it at the apostles’ feet, and it was distributed to anyone who had need.

Can you imagine what that must have looked like? 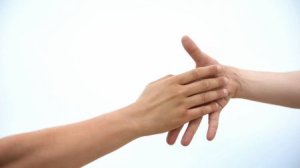 As I began praying about a new church plant, I sensed the Holy Spirit calling me toward planting a “house” church. Initially, I interpreted the vision to be open to growing into a more traditional expression of the church—building, pews, administration, etc. As I’ve lived with and prayed over the vision the past two months, I’ve gained greater clarity as to where the Lord may be leading us as a new church plant. I am grateful to a group of 21 people who have consistently prayed for clarity in this unfolding work of the Holy Spirit.

It is not unusual for a new church to begin by meeting in a home. A small group of only ten or twenty people does not need a larger meeting place, and the costs involved in procuring any sort of space is often prohibitive. In this regard, a “house church” is understandable to many. But if they learn that it was the intention to continue meeting in homes no matter how large it grows, eyebrows will begin to rise.

The idea of the house church does not easily fit into the tradition of American discipleship. For generations, the idea of the church has been almost universally associated with a central meeting place—a church building. Even though the biblically informed disciple knows that the church is people, it remains almost impossible for some to escape the association between a particular local church and the building in which that church gathers.

When a society has grown up with an idea—a tradition that has been passed down from generation to generation—a departure from that tradition can seem strange or even wrong. I will not fault anyone who questions the practice shared in this vision, or any who are not convinced of its benefits, nor is this unfolding vision a condemnation of the longstanding tradition of churches meeting in large central buildings. Too many examples of excellence within that tradition, both historically and currently, can be mentioned in its defense. My intent is simply to offer another reason why The House Church Movement will continue meeting in homes, and to demonstrate that not only is the practice biblically sound, but it is a great model for meeting peoples needs.

A NATURAL SETTING FOR FELLOWSHIP

During a House Church Movement meeting, we will enjoy facing one another in a warm, familiar environment, rather than sitting in rows looking at the back of someone’s head while most of the activity takes place on a stage. We may also enjoy eating a meal together every week, sampling friends’ cooking, or sometimes bringing in pizza. We might enjoy drinking coffee or tea after a Movement Meeting while sitting comfortably around the living room, sharing in each other’s lives. We could stay late, discussing personal or church matters and doctrinal issues. Sometimes, advice or counsel may sought by one, and given in return by another, or even several. Sometimes, two or three may find a quiet place to pray together. It could be like a family reunion every week.

While this type of fellowship can take place in a sanctuary setting, in the home it is natural. And, even as The House Church Movement grows large in numbers, it never has to lose the familiarity and intimacy that can be experienced in a home’s setting. Instead, new congregations can be formed—teaching others how to experience this same rich Christian fellowship. There is little doubt in a hurting world that people are longing for fellowship and intimacy that a house church setting could provide.

A DESIGN FOR BIBLICAL INSTRUCTION

When the New Testament authors gave written instructions to the church, they were writing in light of what they knew the church to be—small assemblies meeting in homes. Consider: If the church were later transformed into something that had never been seen or anticipated by the authors of the New Testament, the instructions they gave to the early church might not be as readily applicable to the new form. As an example, consider this principle in light of all of the “one anothers” in the New Testament—the commands to know, love, guard, and care for our brothers and sisters in Christ (i. e. John 13:34-35; Romans 12:10; Galatians 6:1,10; Colossians 3:12-16; 1 John 3:16-17).

Certainly these are kept faithfully in many larger congregations, but one can hardly overlook the fact that increased size means increased difficulty in keeping them consistently. There exists the increased potential that some will fall through the cracks. It is evident that in order to keep the commands to love and care for one another, larger bodies need added structures and programs which, in turn, necessitate additional burdens of administration. I could multiply examples, but suffice it to say that in at least this one case, the instructions are much easier to follow consistently in a smaller gathering. I might even suggest that these instructions were designed for small gatherings.

Because no one falls through the cracks, needs are more readily known and easily met. I’m not sure there is a greater “why” for the house church, but there are still two more we’ll explore in coming weeks: