There’s nothing quite like reading a little A. W. Tozer to bring a person back to reality. I should actually say keep a person grounded. I’ve written on here in the recent past how blessed how I am. I’ve even said I’m a bit embarrassed to feel as blessed as I do. I’ve also commented on the fact that I’ve been appointed to what I believe is one of, if not the, best church in our Annual Conference. I’m riding a wave of personal and professional blessing. So, what’s Tozer got to do with that? 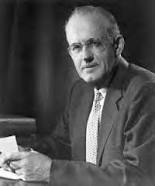 For those who don’t know A. W. Tozer (1897-1963), he was a Christian & Missionary Alliance pastor who is most famous for his two Christian classic works The Pursuit of God and The Knowledge of the Holy. He died before I was born, but his books have had a profound impact on my life and theology. A friend sent me a copy of The Dangers of a Shallow Faith a couple of weeks ago, and I’ve incorporated it into my daily devotional routine. One particular chapter brought me back to earth. Let me explain.

Tozer intimates in chapter 8 that victory can spoil us. Of course, he speaks of spiritual victory, and riding the wave of personal and professional blessing as I’ve been, I would say I’ve been on top of the world. But, he reminds me, what we think is victory may not really be victory at all. The victorious Christian life is not the life that is free of troubles or trials, but rather is a “day-to-day or even moment-by-moment victory over enemies and situations that we confront in the way.” I am reminded that I face daily struggles with what even Wesley called “besetting sins”–things like anger, envy, pride, gossip and lust. My victory is not found in the great blessing I feel, but in the daily trusting of Christ through His Holy Spirit to overcome the little things that I deal with every day. Tozer also reminds me that arrogance is the sin that follows in the wake of success. So, now I add arrogance to the list, especially as I read over some of my previous posts. They do come across as a bit arrogant, don’t they?

Tozer issues a great warning in regards to arrogance:

“It is always a temptation to let your victories get blown way out of proportion and give you a wrong concept of who you really are. Watch out for a reputation that is lauded. It is too easy to believe what people are saying about you…Watch out if you get established and accepted in your field as being a victorious and successful person; when that happens you are in danger. If, in your Christian life, you make some strides forward, you are in danger.”

He goes on to say that the same crowd that shouted “Hosanna” to Jesus would only a few days later cry, “Crucify him.” We shouldn’t think too much of ourselves. That comes across as arrogant, and that’s one of the sins of success.

That’s not to say we should live a defeated life, either. As victory can spoil us, defeat can destroy us. Just as we should not allow victory to spoil us, we should not let failures define us. Life is a daily struggle and it is too easy to become disheartened and discouraged because we don’t face those struggles in the power of God’s Holy Spirit. The danger is in allowing defeat to “put a permanent reversal in your heart.” Just as success isn’t permanent (if we’re not careful), neither is defeat. So, be watchful when things are going great, and be encouraged when things are going badly. Tozer gives some keys to surviving either victory or defeat.

“Many people have, at a moment of deep discouragement, resigned or quit or moved and lived to regret it. Many other people have gone through the ‘slough of despondency’ and held on until they were through it and broke into the marvelous sunlight of God’s delight.”

We shouldn’t let victory spoil us, nor should we let defeat dishearten us. Life is filled with both. Win or lose, we have God with us. Tozer says, “if we keep away from sin and keep above it all and keep happy in God, we are winning whether we know it or not. We can be just as happy when we are not happy as we are when we are happy, because that is the prerogative of living the life of faith.”

So, I say “thank you” to Tozer for bringing my feet back to the ground, and I can only beg your forgiveness if I’ve thought too highly of myself.